We were just crunching it 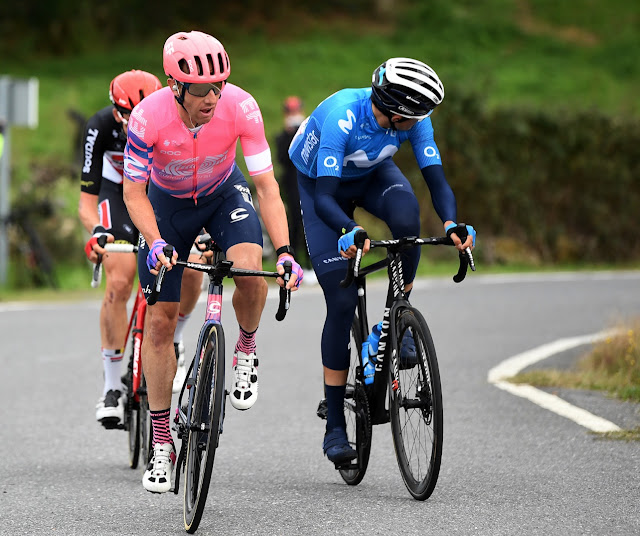 Second on stage 6 at Formigal, the winner at Orduna on stage 7, Woods and a group of rouleurs turned it on to Ourense on stage 14. On a technical uphill finish, Tim Wellens pipped Woods for a close win.
"Even though Wellens got in front of me, I was hoping I could still come around him. I was one of the better breaks I've been in. I've rarely been in a move with that level quality of rider and you felt it. It was heart-felt racing all day, we were just crunching it.
This has been the best performance in a Grand Tour I've been a part of with EF. We've had two stage wins, I've had two second places and now Hugh is sitting in third overall right now. It's really nice, the morale's high and I think the way Hugh's riding, we're confident he can protect that podium position as well. It's a really nice place for the team to be."
- Michael Woods