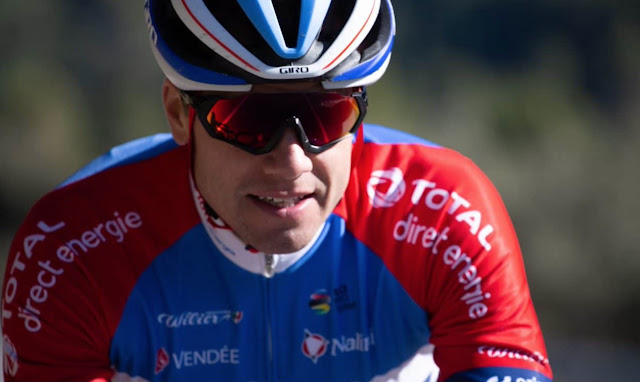 Eddy the Boss
photo: Total Direct Energie
It's hard to believe the cycling season is finally coming back to France. French premier Emmanuel Macron said nothing to indicate that sporting events would not be able to take place this weekend. GP La Marseillaise kicks off the French calendar and the first pro race of the season. Seven WorldTour teams will attend, 171 kilometres in length and lumpy, the last 28 kilometres is the Route des Cretes climb (7.9%) that could be decisive for a leading rider.

I'm focusing on Total Direct Energie's newly acquired veteran... Edvald Boasson Hagen. The Norwegian looks for a new chance and at 33 years old, looks forward to success.
"It's a new start. I had a great few years ago, but sometimes you have to know how to change. I'm really looking forward to new challenges and new teammates. I think it's going to be very nice and that it will be a good year to come. This team seems very professional from the outside, I wanted to discover it for myself. I am very happy to have been able to join Total Direct Energie, it looks like a really good team. I'm happy and proud to be a part of it."
- Edvald Boasson Hagen
The three-time Tour de France stage winner and 2009 Gent-Wevelgem winner is ambitious and his new team has grown, which should help him in the Flandrian classics and quite possibly on Sunday's GP La Marseillaise.
Total Direct Energie for the 2021 GP La Marseillaise: Edvald Boasson Hagen (NOR), Fabien Grellier (FRA), Pierre Latour (FRA), Chris Lawless (GBR), Geoffrey Soupe (FRA), Anthony Turgis (FRA), Alexis Vuillermoz (FRA).