The 'Tank', gets the cult hero award

on February 27, 2008
Just over 2o years ago, Thomas 'the tank' Wegmüller almost won the 1988 Paris-Roubaix. You don't have to win it to be a hero. He definitely is a hero in my eyes. Wegmüller won the 1990 Grand Prix des Nations time trial - but his real claim to fame was his 'almost' at the Queen of the Classics.
He was in the final breakaway with eventually winner, Dirk Demol. I remember watching on TV both riders getting ready for the run into Roubaix(it finished on the streets that year), when suddenly a plastic bag strayed into poor Wegmüller's derailleur. The plastic bag jammed and even with the futile attempts from his team mechanic nothing would work. The tank was helpless. Demol easily won, hitting the line in just over 6 hours, 34 mins. Wegmüller dejected limps in, 2 seconds after. And a super fit Laurent Fignon came in 3rd, almost 2 minutes later.
The Swiss rider became a cult hero. Here's to 'the tank', remembered for his gutsy ride and for his ... his bad luck! 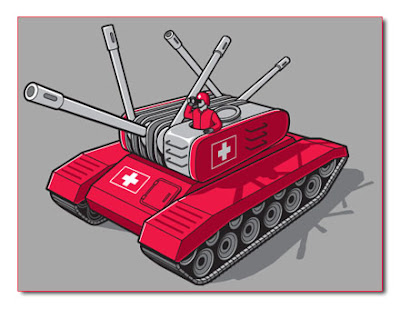