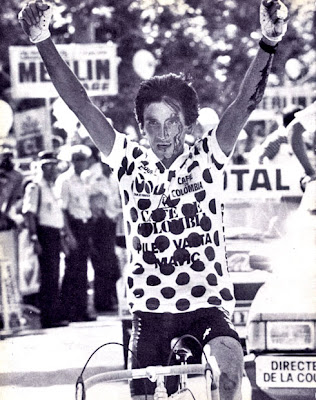 Herrera becomes the hero for Columbia!
From: 'Tour 85.'
In the 1985 Tour, Lucho Herrera was in the leading pack steering towards the finish line on stage 14 in St. Etienne. He was dominant riding ahead of the chasing pack. And took two minutes from Hinault and distanced himself in the mountains classification points to become Columbia's first KOM. But suddenly, a crash! Herrera picked himself up and dashed across the line picking up his second stage. Bloodied, the little Columbian fighter became an iconic heroic figure for his troubled nation! 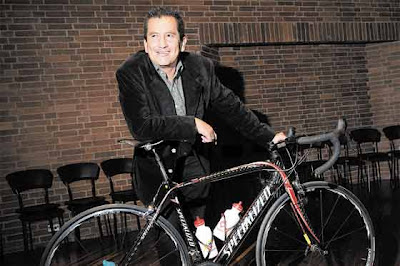