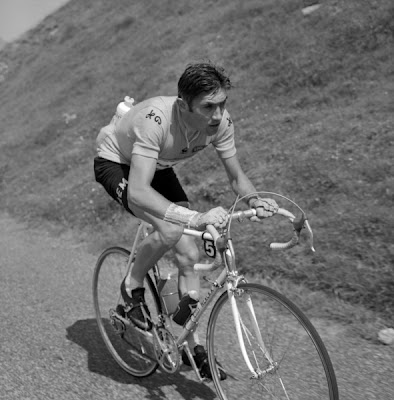 Merckxissimo!
This image is from Eddy Merckx's 1969 Tour de France where he dominated by winning seven stages & grabbing the Yellow, Points, Mountains & Young Rider jersey's! The great man solidify his role, in the world of cycling, as the best. He showed his talents bruising every rider after his legendary 130 km solo breakaway. The Cannibal arrived in Mourenx almost eight minutes in front of his poor rivals, winning the race. He also gave Belgium her Tour victory after thirty long years.
Let the Tour begin!
Eddy Merckx Vintage Tour de France