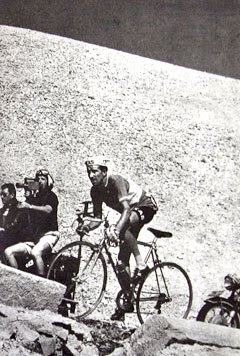 Julio Jimenez forces his way up the infamous Ventoux, Tour 1965.
Le Tour is coming. With it the usual exciting hype centering on Lance Armstrong and his very strong Astana team. Alberto Contador looks like the captain and the rest of the team will be working for him. He looks like the strong man to win after coming into late season form. However, three weeks is grueling and I can’t help but hope that another rider will upset the Astana applecart. Could Evans get out from his second place funk (2007 & 2008)? Or even better can Cervelo’s little Spaniard, Carlos Sastre do it again? It remains to be seen.
Ventoux is back. And we’re all glad that the Giant of Provence is included in this year's Tour. The big guns of the past have won it: Gaul, Poulidor & Merckx. And one of my favorite grimpeurs is Spain’s, Julio Jimenez. Nicknamed, ‘The watchmaker of Avila,’ before turning professional, quietly repaired watches in Avila, Spain. He discovered as a rider he had immense precision climbing mountains. During his racing career, Jimenez captured six King of the Mountains jerseys in all three Grand Tours. In the 1965 Tour he clawed his way up the infamous Ventoux chasing a strong Raymond Poulidor. He came in second behind Pou Pou, a scant six seconds behind. And gave his Kas-Kaskol team two stage wins and rightfully the KOM’s jersey. An enormously gifted climber, he would go on to claim a total of three Tour de France Polka dot jerseys’ in 1965, 1966 & 1967.
The stage to Ventoux will be a brute for all the riders and will ultimately decide who will go to Paris ….the winner! 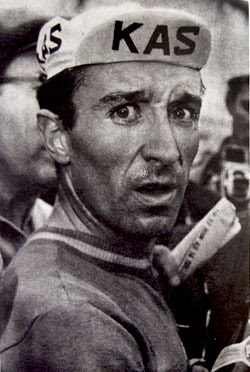 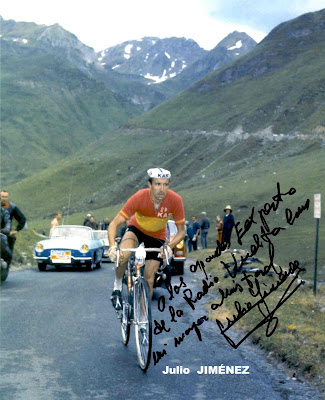