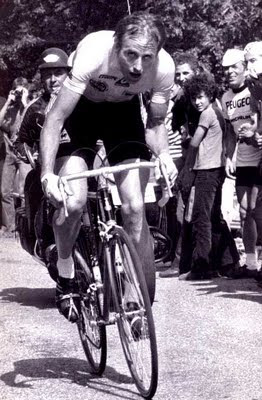 Dutch treat towards overall victory.
Joop Zoetemelk powered his way in the ITT's!
At the 1980 Tdf, Joop Zoetemelk was riding his tenth Tour and already amassed quite an astounding record for five second place finishes. Together with Peter Post's TI Raleigh-Creda superteam, the Dutch squadra roared ahead after Bernard Hinault announced his retirement from tendinitis. That was enough for everyone to understand that total domination was at hand from the TI Raleigh's. They were well known for their TTT & ITT wins. Call it their eighties domination!
Twelve stage victories were achieved with blinding speed as Joop Zoetemelk's perseverance was finally rewarded! 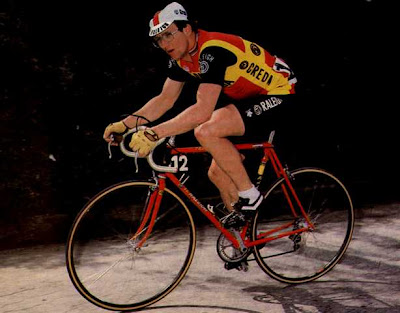