Sky's the limit for the Arrow. 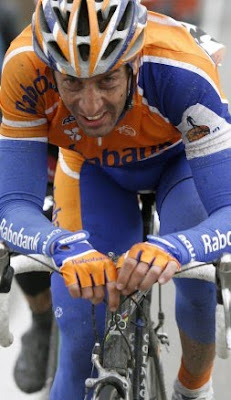 Bring on the pave..
The Arrow will fly Team Sky!
Classic specialist, Juan Antonio Flecha will be on Team Sky next season. A good move for the 32 year old 'Van der Flecha' as he seeks out to win the elusive Paris-Roubaix. He's no stranger on the podium finishing second in 2005 & 2007.
One of my favorite classic riders, well known for his gritty love for the pave. Four years was enough at Rabobank and he's ready for a change. And, like any new change comes a new team and new hope. I certainly believe he'll bring the needed experience and motivation to the brand new team.
Flecha means, 'Arrow' and he introduced his unique victory salute in the 2003 Tour de France. As he crossed the line in Toulouse, he pulled his arm's to release an arrow from a bow.
Symbolic to be sure. When he crosses the Roubaix velodrome finishing line, this upcoming year, the arrow will be in the Sky! 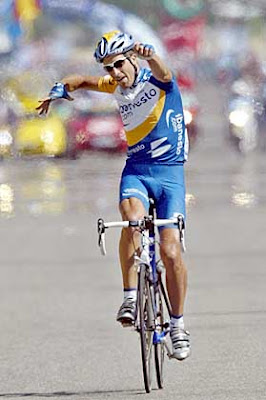