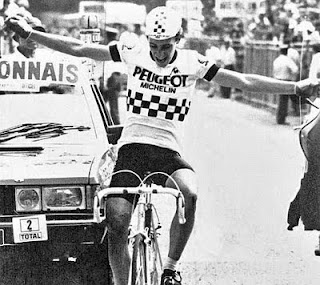 Robert Millar after beating up on
the Col du Tourmalet!
When I heard that the 2010 Tour de France will feature the feared Col du Tourmalet, I rubbed my hands in glee. Twice it will be on display. And I must cheer the Tour for this choice. It will mark 100 years since the Pyrénées were first used by the Tour. It's the highest point in the Pyrénéen nightmare at a numbing 2115 meters. The first rider to reach the summit will receive the special prime, Souvenir Jacques Goddet. It will be tackled twice and the riders will have a much needed rest day in between climbs. 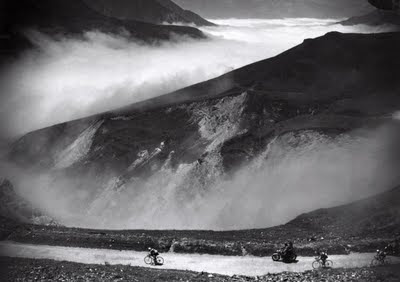 The high life...
The beautiful Col du Tourmalet, 1952.
Robert Millar started his first Tour in 1983. Riding for Peugeot he knew on the toughest stage 10 to Luchon he had a chance for victory. Call it cocky. He followed Columbian Patro Jimenez up reaching the Tourmalet to be the first British rider to win the Souvenir Henri Desgrange Trophy. What followed was equally amazing. Millar finally got rid of Jimenez and rode into Luchon and into Tour history as the first British rider to win a major mountain stage and to win the Desgrange Trophy! 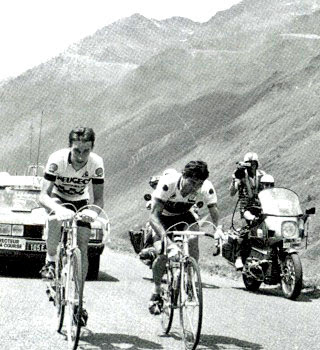