Hell of a nice place. 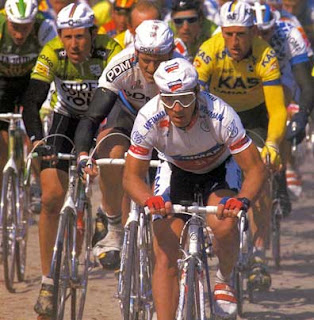 1988...
Steve Bauer (Weimann-La Suisse) knew how to suffer in hell.
Dirty, grim, exciting, tough, dramatic & beautiful are some of the superlatives I use for the oldest one day classic around. I prefer the nickname the best ... Hell of the North. 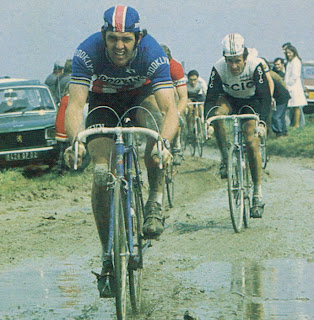 What's hell without the Gypsy?
It's my favorite all time race and I look forward to that fateful Sunday in April. My appeal is simple, rider & bike against the elements. A little like David vs Goliath. Where Goliath is ever present beating up on so many David's. But after some 56 kilometers of treacherous roadway one lucky rider emerges to win the battle.
Organizers saw the aftermath from the First World War shelling. The decimated roads was a certain hell and the pave was born. Thrown in dung coated soil eventually covering the riders provides that warm place in hell. 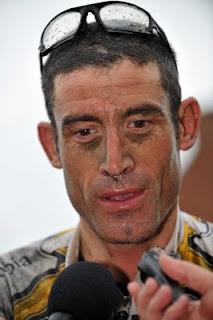 Wishing...
Hincapie came close in 2005.
The only Irishman to master it so far is Sean Kelly, twice that is. Britain's Barry Hoban finished third in 1972. American George Hincapie was close coming in second in 2005. Australian Stuart O'Grady slapped hell in the nose winning it in 2007. But the closest by a centimeter was the photo finish of Steve Bauer and Eddy Planckaert in 1990. If hell had an extended hand, it lashed out at Bauer. "To come so close and not win. That hurt more than anything," said Bauer. Welcome to hell. 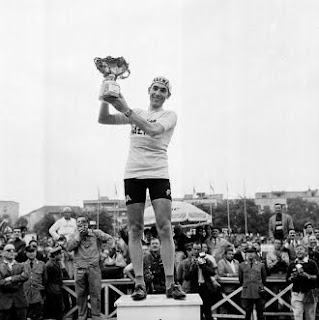 Unknown said…
"The only English speaker to master it so far is Sean Kelly, twice that is."

Jim said…
Paris-Roubaix is the best ever. My favorite race, the one I always wished I could have been in. It holds a place that no other has in my heart, and I'm a climber!
January 3, 2010 at 7:57 PM