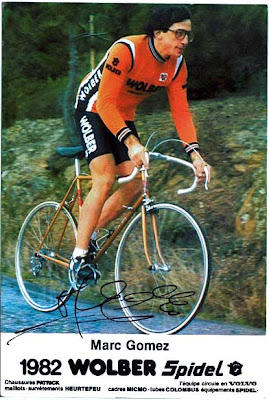 1982...
it proved to be a great year for the bespectacled Marc Gomez!
One of those unassuming riders to both blend in & stand out was Marc Gomez. He was well known in the eighties providing support for outfits such as Wolber & La Vie Clair. I remember him for his tear drop shape eye glasses. Not too many riders wore glasses back then, he stood out.
What distinguishes himself is being able to win on a given day or disappear in his duties as domestique. He won smaller races but he won a big classic where few ever could; Milan San Remo. The prestigious La Classica di Primavera is the longest one day race going to an extreme 298 kms. And the French had their say at the first San Remo, in 1907 when Lucien Petit-Breton won.
And what was remarkable is that he won the famous race soloing to the finish line 10 seconds in front of fellow countryman Alain Bondue. An understated champion! 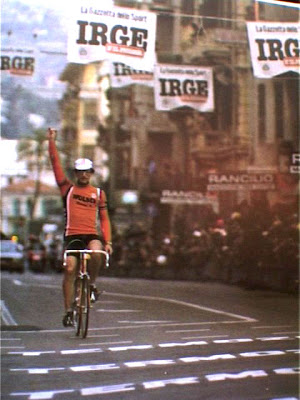