Straight as an arrow. 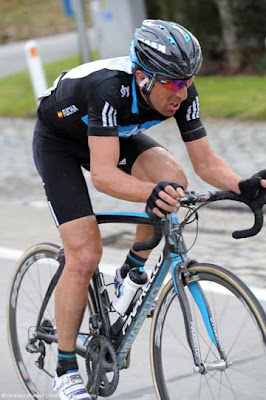 Juan Antonio Flecha fired off an impressive arrow over the pavé to victory in Saturday's Omloop Het Nieuwsblad. Van der Flecha soloed with 19 km remaining to score his first win over the cobblestones. A fantastic win for the Spanish Flandrian as Heinrich Haussler & Tyler Farrar followed 18 seconds later. Last years race, the arrow was third and out of reach but this win was vindication perhaps of a monumental sign to come?