What's in the fridge: Ruling with a Rad! 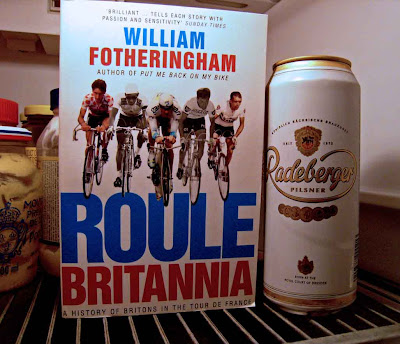 I just had to say it... It's Rad to have both; the book called Roule Britannia: a history of Britons in the Tour de France. And, the crisp, clean skunky pilsner from Dresden ... Radeberger.

I want to thank Guy (Le Grimpeur) for lending me this very tasty err I mean the most interesting book by William Fotheringham. I'm just into the first chapter while enjoying a refreshing Rad-deberger. The British invasion started earlier in 1955 as a ten man team was sent, for the first time, to race the Tour. They were less equipped than the seasoned teams for the Tour. L'Equipe headlined, 'RICHER IN COURAGE THAN IN EXPERIENCE', was true of the newcomers. Of the ten starters only two finished, Brian Robinson (29th) & Lantern Rouge; Tony Hoar.

This was the start ...for British cycling! 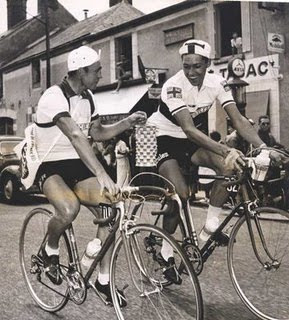 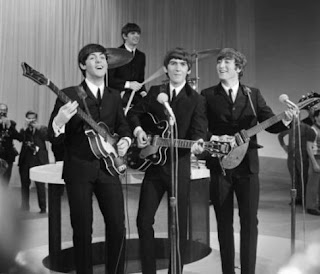