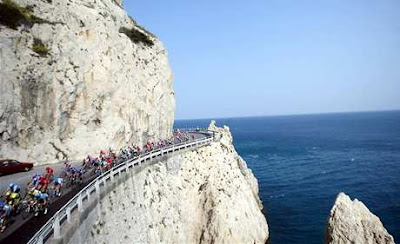 Spring calling!
Weighing into Saturday's 101st running of Milan-Sanremo is bit of a monumental mix. I have many favorites and overwhelming as some are only one guy can win. It's an awful quandary to be in. And that's where it's so exciting. La Primavera starts on the first day of Spring sprouting good things to come, namely the start to the Classics. 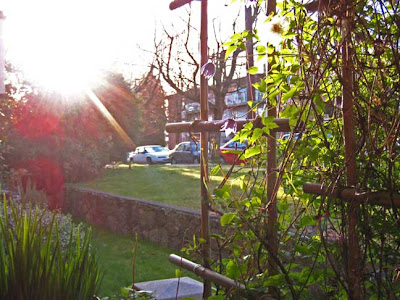 Spring in Vancouver.
A few riders are sporting injuries & ailments early in the season. Last year's winner, Mark Cavendish seems to be suffering less from dental concerns as he's back to defend his title. His showing at Tirreno was nondescript and he may or may not have the form to win. Alles Jet Petacchi injured his leg in training and there's no indication that the sprinter is hurting. Finishing a close second behind winner Boasson Hagen on the last stage of Tirreno makes him a threat. Tom Boonen, Thor Hushovd, & Daniele Bennati are three liable to be in contention for the final sprint. Of course, there are dark horses lying in wait. Oscar Freire & Allesandro Ballan are just the two that can steal the show.
Sky's Michael Barry is confident of Edvald Boasson Hagen's chance to win. Barry said, "It's a race we can win and we are going there with a plan to do just that. Edvald is in great form and we will ride for him."
A Norwegian Spring will come early!
Michael Barry Milan-Sanremo Mountain Fever The Monuments Thor Hushovd