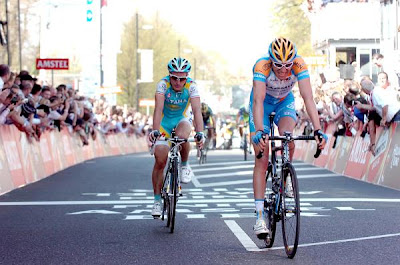 Ryder Hesjedal making Canada proud!
Ryder Hesjedal proved that he's a big leaguer. As a protected rider for Garmin, he looks a contender for Fleche Wallonne (Wednesday) & Leige-Bastogn-Liege (Sunday). With his superb second place at the Amstel Gold Race he was two seconds from hitting a home run. Philippe Gilbert was too much and powered his way to an important victory for his Omega Lotto team. Eight months since the team's last victory was finally fruitful. 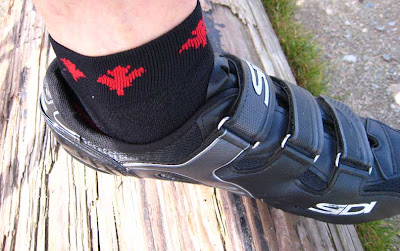 The  Cauberg was the last hill and predictions were right as it was the decisive moment for the riders' to put in an attack. Gilbert's timely move was devastating rocketing his way toward the line. And in form Hesjedal chased beating Enrico Gasparotto to the line. When I saw that move by Hesjedal I was cheering him on ...just like another Canadian.

At the 1989 Amstel Gold Race, Steve Bauer was in a chasing group behind leader Eric Van Lancker. With 17kms left Claude Criquielion attacked and Bauer & Nico Verhoeven followed never having enough time to catch the winner Van Lancker. Nineteen seconds after Van Lancker crossed the finish line a classic duel between Bauer & Criquielion erupted. Bauer stomped on his pedals as his nose was nearly hitting his front tyre powerfully sprinting beside the Belgium. Criquielion took second just barely from Bauer. The Canadian was the first to podium at Amstel and now Ryder Hesjedal becomes the second Canadian to podium in the Dutch race.

Next year, I'm sure Ryder Hesjedal will hit that home run! 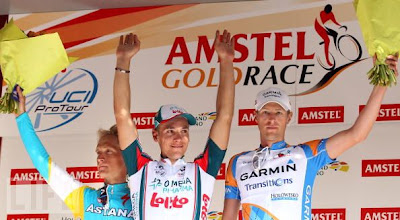