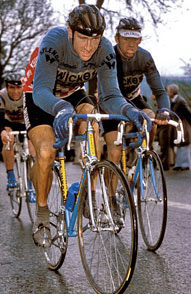 The grande dame of the Classics, the 96th Liège-Bastogne-Liège will grace herself  Sunday. She's the oldest and most prestigious single day race. A rollercoaster ride of 10 hilly climbs that will attract only the type of rider with endurance and importantly climbing punch. 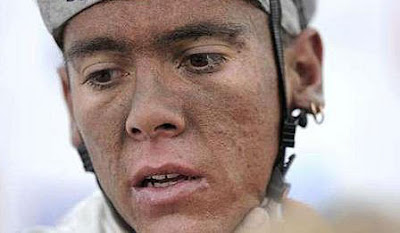 The markings are on the climbs for ...
"PHIL"


Can hometown hero Philippe Gilbert be the Belgian rider to finally win since Frank Vandenbroucke in 1999? Former winners Michele Bartoli (1997-98) and Eddy Merckx (1969, '71-'73, '75) are supporting him to win. And his fans seem to know already painted "PHIL"on the climb to La Redoute.

Every classic rider dreams of winning La Doyenne and these are some of my favorites. Ireland's Nicolas Roche wants to improve from his 33rd in Amstel Gold and 30th in Fleche Wallonne. He's already had an excellent 5th overall at the Tour of Catalonia and I believe to see him in the top twenty.

American Chris Horner, winner of the Tour of the Basque Country and 7th at Fleche Wallonne looks impressive of late. One man that can win is Canada's Ryder Hesjedal. Having an excellent early season and showing consistent form in the Tour of Catalonia (6th), Amstel (2nd), Fleche (10th) puts him as another favorite. Fleche winner, Cadel Evans is the other heavy favorite. Can he do the Ardennes Double? 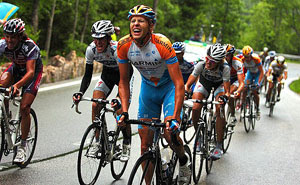 Flying Canuck...
Ryder Hesjedal looks to step up in LBL!

It's a long eleven years to wait for Belgian fans. And one classic specialist that will not be riding, in fact, not riding at all due to injury is Belgian Niko Eeckhout. His An-Post Sean Kelly team is not on the LBL list but I sentimentally feel that he deserves to be there. One of a handful of veteran riders, at 39, is well known as a tough classic man. His nickname deservedly is "Rambo" able to dish pain out and ride with it.  He rode a month on a broken vertebra after crashing in April's,  GP Pino Cerami. Then he rode the Brabantse Pijl & GP Denain only to withdraw due to agonizing pain. He never found out the extent of his injury until a week later. 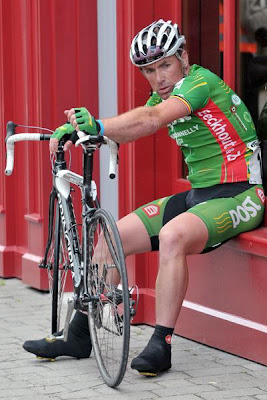