Paris-Roubaix …Hell’s in the forecast.

Monsieur Paris-Roubaix...
his first victory in 1972.

This Sunday is my favorite race, the ‘Hell of the North’.  The forecast is for dry weather. I’m hoping it will be the opposite. Certain riders excel when the weather is perfectly dreadful. But then again, it could be dust bowl like conditions, choking and blinding the riders’ all the way to Roubaix. I think the ugliest it gets the better the race. Whatever the weather conditions, there will be plenty of drama. 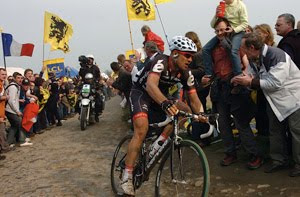 The God of Thunder is back for revenge.

There are 27 painful sectors of cobblestones awaiting the riders. One of the toughest and feared is the scary sounding Trench of Arenberg.  The famous Arenberg Forest is opened only once a year, and only for this fable classic race. The cobblestones are old dating back to the days of Napoleon. Historical it is. The Trouée d’Arenberg as it is also called arrives after 163.5 kms and is one of the longest stretches of killer cobbles at over 2 kilometres. It’s narrowest sections will force riders to jockey in single file for positioning. Often resulting in many spills. Whoever comes out of here and finding the vital break will challenge for victory at the Velodrome.
But before the finish, at 239 kms is the very tough pave of Camphin-en-Pévèle. Followed by Carrefour de l’Arbre. Both high on the pavé richter scale of hardness due to the tight corners. Tom Boonen was at the front at the Carrefour when his rival’s  Thor Hushovd & Juan Antonio Flecha fell on these dangerous corners consequently losing any chance for victory.  The Torpedo shot away and to his third win. Which begs the question; can favorite Tom Boonen do it again and tie the great Roger DeVlaeminck for 4 victories?

He can’t afford not to! 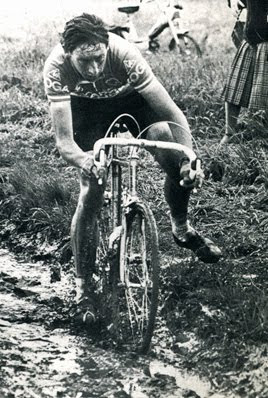