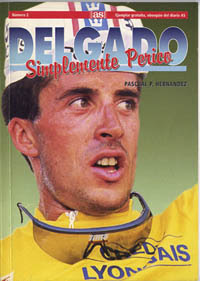 Today's the 50th birthday of the great Spanish rider, Pedro Delgado. I remember him riding his first Tour in 1983, where he revealed his climbing abilities in the Pyrenees. At the time trial up the Puy-de-Dome, Reynolds leader Angel Arroyo and Delgado shook the race by placing lst and 2nd respectively. I  recall seeing him on television taking amazing chances darting down a col in an aero tuck defying danger. I called him one of my early cycling heroes. When I traveled to Cicli Pinarello in Treviso I happily purchased a Reynolds team jersey. Whenever I'm riding  downhill I think of Perico defying danger! 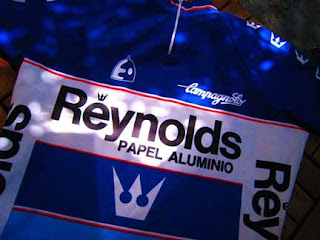 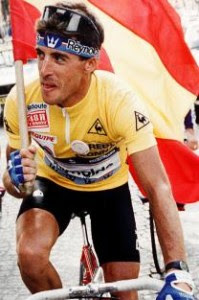