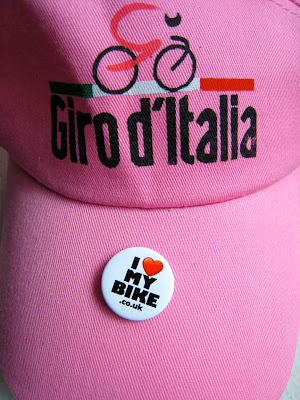 My new pin says it all!
The Giro is fast approaching and Pinarello bikes made history when Italian Fausto Bertoglio (Jolly Ceramica) won the 1975 edition. Bertoglio rode on a Pinarello and his win made the bike brand famous throughout Italy and the world. 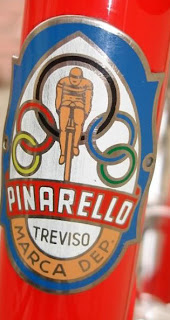 
The young Italian, wearing the pink jersey, was clever on the Stelvio climb riding with Francisco Galdos (Kas). The two men reached the dizzying heights of the Stelvio passing by walls of snow. With each pedal stroke Galdos tried to ride away from Bertoglio and with a kilometer left it seem possible. With the finish line in sight, the Spaniard knows that he's won the stage but needed 41sec to win the race. The Italian arrived meters behind with arms outstretched, yielding the stage to Galdos, and securing Giro victory! 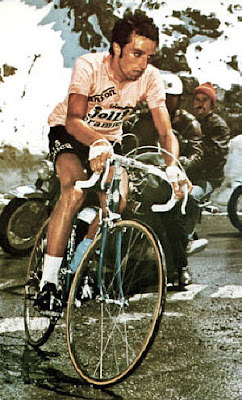 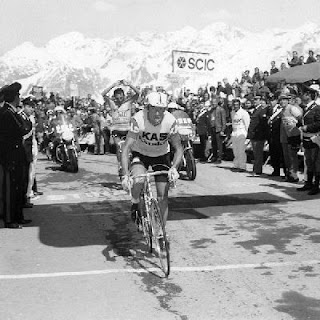 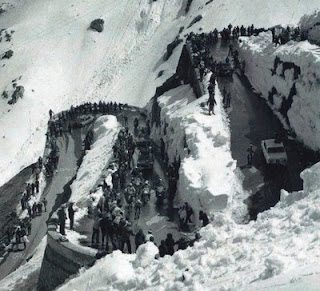