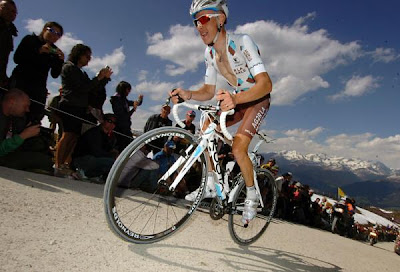 Watching winner Stefano Garzelli literally fly up the mountain TT from San Vigilio di Marebbe to the Plan de Corones was simply spellbinding. His first Giro stage win since 2007. For the 36 year old, this maybe his last Giro and deserves tons of respect. The 2000 Giro champ's stage win overshadowed his 18min loss on the climb to Asolo and over 9min at the Zoncolan. 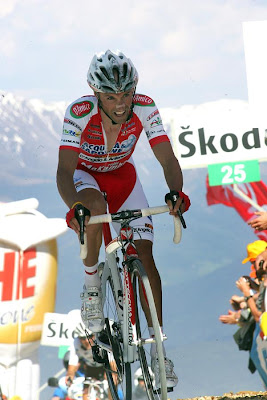 One climber worth watching in this Giro is cyclocross expert, the Frenchman John Gradet. Riding for the low key Ag2R La Mondiale team he was very high key almost obtaining that lofty goal. Third place behind Cadel Evans (second) & Garzelli. His teammate Hubert Dupont (12th place) is also enjoying sucess in this Giro and look to these two for higher placings in the next mountain stages.

Finishing 17th, is the 'I'm never going away' young talent Richie Porte. He continues to astound with his amazing Giro performance. While David Arroyo seems to fit the maglia rosa, either Ivan Basso or Cadel Evans look ready to take it off him very soon.

While we marvel at all the climbers' seemingly to have wings on we often overlook the big riders. Their bulkiness as often their achilles heel but one has to marvel at how they push themselves up these summit finishes. Svein Tuft is one of those riders. 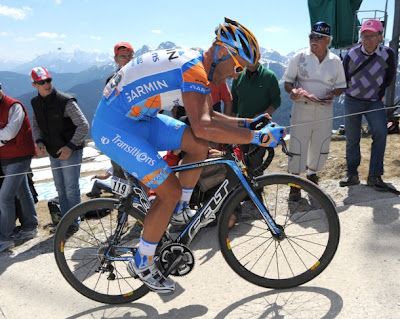