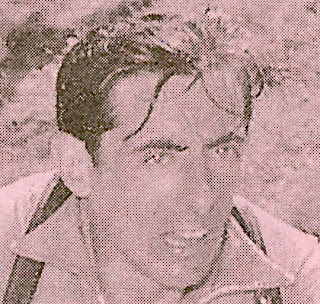 Stage 5 will commemorate the Campionissimo's
50th anniversary of his death.
Tomorrow's the start of the famous pink parade on two wheels with the time trial in Amsterdam. I have good memories of that fun Dutch canal city walking through it's often narrow cobbled streets and over the many bridges. It's so bike friendly as I remember almost every citizen doing the right thing of commuting on the bike. I was there in the winter of 1984 and I saw so many folks of all ages biking. It's the convenient way to getting around. I saw an elderly gentleman riding a commuter bike with ease,  I was amazed at his fitness & speed. I definitely never saw folks his age riding in Edmonton. Let alone in the winter. So it's fitting that this great bike friendly city plays host to the two wheel spectacular called the Giro d'Italia. 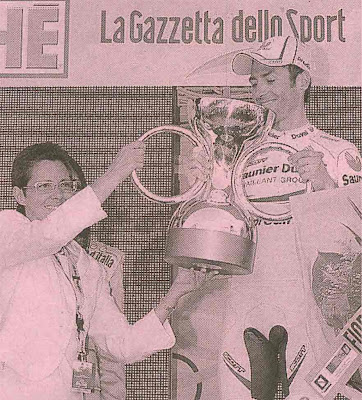 Can Simoni duplicate his 2007 Zoncolon win and maybe go for the overall?

There will be many riders in the mix for the overall. Certainly one of the harder Giro's in years with searing climbs; Monte Terminillo (stage 8), Monte Grappa (stage 14), Monte Zoncolan (stage 15), Plan de Corones TT (stage 16), Passo del Mortirolo (stage 19), and Passo di Gavia (stage 20). These historic 'hills' will be alive with epic racing.

And the Giro will honor two great Italian winner's; ll Campionissimo & ll Pirata. Stage 5 will commemorate the 50th anniversary of Fausto Coppi's death as the race comes close to Castellania where he was born and buried. And stage 13 finishes in Casenatico, hometown of the late Marco Pantani. I still find it hard to believe he died just six years ago.

This race marks the first Grand Tour of the season, and a certain pink party will prevail rather nicely tomorrow in one of my all time favorite biking cities ...Amsterdam! 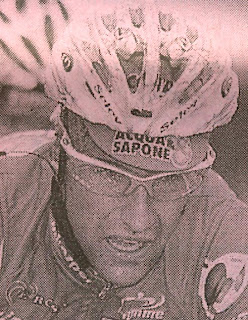 Italian hitman...
Stefano Garzelli will be a threat! 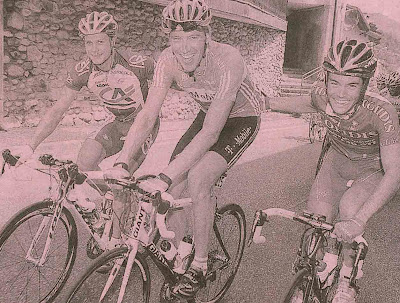