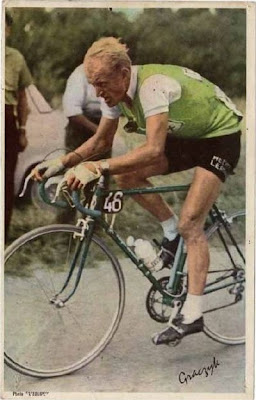 Mark Cavendish proved to me and everyone that he's back and quickly clawing back into the green points classification fight. Any indication by his last two sprint victories is more to insist that the Maillot Vert is a wide open battle. 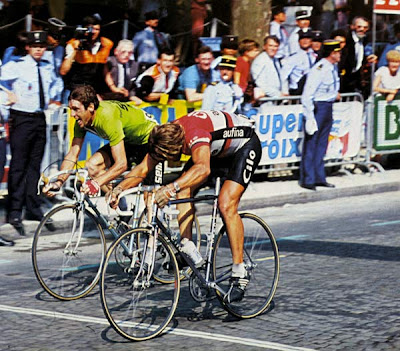 With the aid from Mark Renshaw as lead out man, Cavendish made it certain that he's a threat for the green jersey. My money is still on the God of Thunder, Thor Hushovd for the overall green win. He'll have to pick up points on the intermediate climbs to stretch his meagre lead. But, a cast of exciting characters are starting to emerge.

Tyler Farrar is as close as can be for an injured warrior making a remarkable comeback from his near Tour ending fall. Second place slightly off perhaps taking the wrong position but honest for a gallant attempt. It looks like his lead out guy's, Hunter & Dean are finally figuring out the important positioning needed. It's just a matter of time. Spaniard, Jose Joaquin Rojas is a danger man sprinting very well and lurks just in fourth overall. Boasson Hagen is also a danger man, if not for the green jersey, atleast for a stage win. Robbie McEwen, still a favorite, bounced off an official or cop just after he finished and looks shaken as he had yet another date with the tarmac. Look for him to stir it up. I love his aggression. And, Ale-jet is hard to pin down. He already has two stage wins and stays in the mix. Can he tough the mountains to make a glorious bid for green?

The first raucous week is over and tomorrow are the Alps where the grimpeurs will star. Not until next Thursday on stage 11 will the race return back to the sprinters. So until then, here's some of my past green favorites... 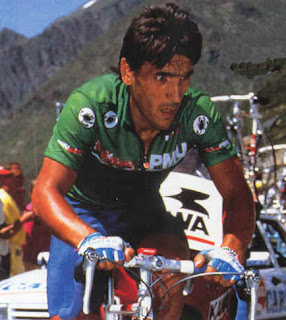 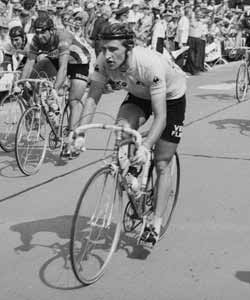 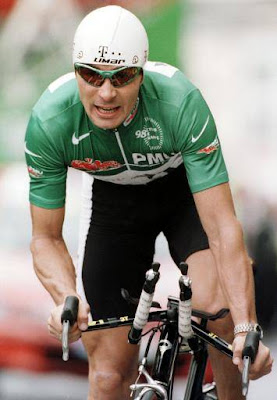