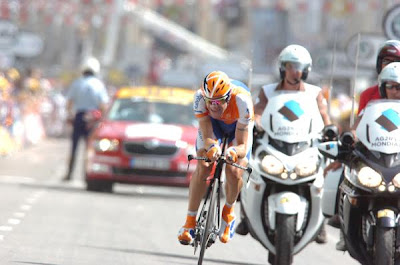 Le fantôme is a ghostly apparition. Best describes Denis Menchov as the stoic and tough Russian that finally showed himself in the Time trial.

He pulled off a great ride finishing two minutes ahead of his rival for the podium Sammy Sanchez. He was quiet and unassuming during this race but let Sanchez know of what a very good time trialist and rider he is.

Before the 52 km TT course the time gap was only 21 seconds from Sanchez. But, that's when Menchov did appear and put in a strong ride taking care of all questions who would take the final podium place. A relatively quiet Tour so far his TT performance was particularly stellar! 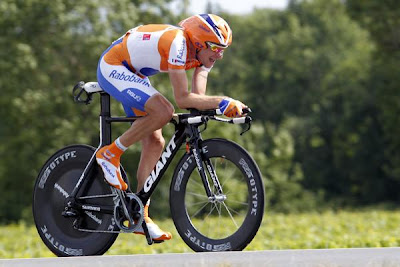