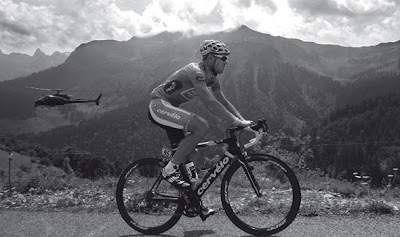 The God of Thunder...
in the mountains.
Stage 16: Bagneres-de-Luchon - Pau.
Thor Hushovd is maintaining his god like hold on the green jersey. In succession the classic mountains starring; Col de Peyresourde, Col du d'Aspin, Col du Tourmalet, Col du Soulor, & Col d'Aubisque. For a sprinter he does very well climbing especially his attempt on the Tourmalet. He tried and finished in a massive group of 50, 6'45" behind the stage winner, Frenchman Perrick Fedrigo. Another French stage victory now at six. Not since 1997, has the French won six stages. A long time coming.
The God of Thunder said, "It was a great way to end the stage. I think I've got the best form of my life. It was worth trying something today and see what happens. I haven't exactly been training for stages like this and the chance of stealing points on the days when my rivals are not in the hunt-but I think I'm changing a little bit as a  rider. I'm not that fast in the sprints anymore and I'm getting better at going uphill. Also, with my broken collarbone, I could not sprint so I did normal training and a lot of that work was in the mountains. And I think that's what I'm getting back now. I think the points classification is mostly down to myself & Petacchi now but, like I said at the beginning of the Tour, anything can happen so we always have to pay attention to everyone who is around." 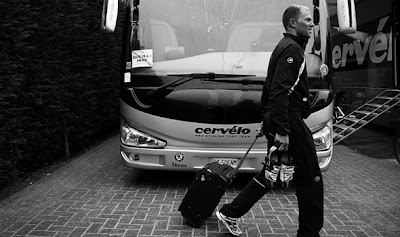 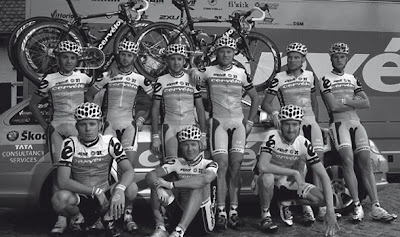 Patrick Mahoney said…
wow happy I found this blog because it looks amazing, but I can't read this post till later because I am watching the TdF on DVR now.
July 21, 2010 at 12:53 AM

Jim said…
You have to hand it to him to go after sprint points in the mountains! Remember that attack in the mountains last year? He's no wheel sucker, that's for sure.
July 21, 2010 at 1:15 PM

Richard said…
He's transforming from a pure sprinter into a overall rider & hardman for the classics. Versatile big time!
July 21, 2010 at 3:48 PM