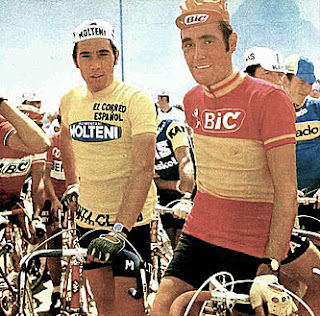 Eddy Merckx lined up at his first attempt of the Vuelta on April 26, 1973.

He dominated winning seven stages, the points, combination & the overall. The Cannibal was second in the climbers classification behind Jose Luis Abilleira. The only two that gave the Belgian some resistance was the great Luis Ocana & Bernard Thevenet, 2nd & 3rd overall respectively. 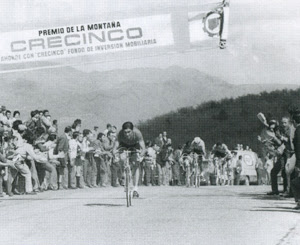 Merckx's first and only time in the Vuelta ended in victory.
Merckx would move onto the Giro and win it completing the first Vuelta-Giro double but decided not to compete in the Tour. Unfortunately for Ocana & cycling fans, his nemesis was not interested in trying to equal Jacques Anquetil's record of winning the Tour five times. Up against angry French fans perhaps changed his mind. In hindsight, it most likely would have been an epic battle. For Luis Ocana in fit and fighting form took over and proceeded to thump the competition by winning six stages & an overwhelming victory! 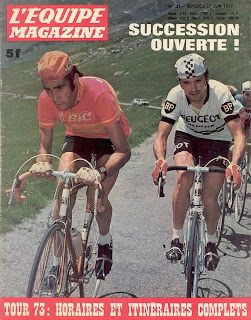