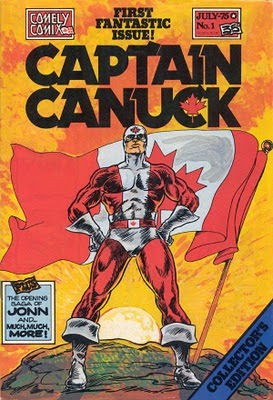 Captain Canuck 1975
We have seen the emerging talent of Ryder Hesjedal's seventh place in this years Tour de France as ...epic. I considered his performance a victory in my books. A Canadian was finally in position to crack the top ten. Only Canada's Steve Bauer held that prominent foothold twice: 1985=10th & 1988=4th. And we Canadians haven't had much face time in the Tour, until now. Hesjedal's teammates and training partners started to called him, 'Weight of the Nation.' (Last seen on Stage 6's Podcast.)  In which we supported and wanted desperately for him to finish in the top ten. We couldn't be more pleased. 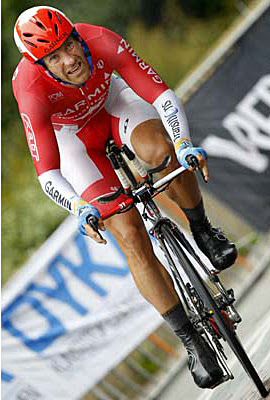 Blazes that's...
Captain Canuck 2010.
Another Canuck is doing his part in reshaping Canadian cycling in Europe. Langley BC's Svein Tuft beat out a powerful field to win the 5.2km opening prologue TT of the eight-day Eneco Tour in Steenwijk, The Netherlands.
As a supporter, I'm throwing in a new nickname for him, 'Captain Canuck.' Back in 1975, the comic book superhero 'Captain Canuck' first appeared. I had the first issue. It was pretty stellar to see it. He was a costumed secret agent fighting crime with the maple leaf on emblazoned on his forehead.
Why not? It's a good time for Canadian cycling with budding success. Tuft, made his way on a wet and windy day in six minutes, 18 seconds. He finished 5 seconds in front of Jos Van Emden and wears the leader's jersey.
Looking as powerful as Captain Canuck, Tuft has won his first Protour stage. Finding his form since winning his third consecutive Canadian time trial championship in Edmonton in June, Gastown Grand Prix on July 1st (Canada Day) and the Tour de White Rock's criterium & road race in mid July. He won stage 5's TT in the Tour of Denmark then finishing second overall.
And success breeds success. Tuft is schedule to ride the Canadian ProTour races in Quebec City (Sept. 10th) & Montreal (Sept. 12th). Then he'll tackle the world championships in Australia and the Commonwealth Games in Delhi.
Captain Canuck can do no wrong! 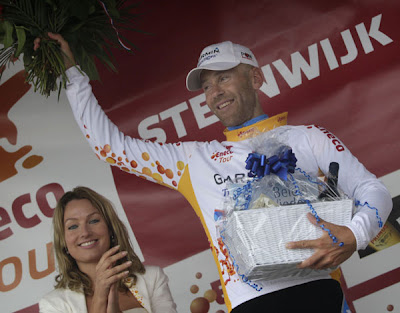