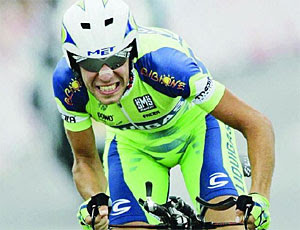 Vicenzo 'the shark' Nibali.
The Vuelta, in it's illustrious history, handed out victory to only four Italians. Felice Gimondi (1968), Giovanni Battaglin (1981), Marco Giovannetti (1990). In 1956, Bianchi rider Angelo Conterno was the first Italian to win it. 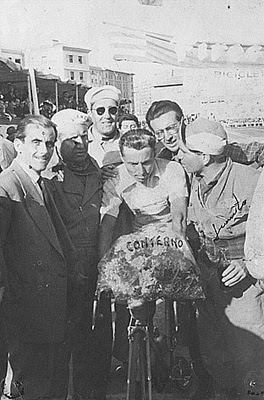 1956 Vuelta...
Angelo Conterno was the first Italian to win.

Can an Italian win this year? Vincenzo Nibali (nicknamed the Shark) looks capable, in fact just look at his credentials. The 25 year old Sicilian is a favorite. His third place finish in the Giro with the strong stage win on the Monte Grappa, and overall in the Tour of Slovenia this year. And he just won the one-day race, Trofeo Melinda earning him a spot on the Italian national team for the upcoming World Road Race Championships in Australia.

But, the Vuelta is on his radar and he plans to win it. He'll be the co-captain with Roman Kreuziger for the Liquigas team. In fact, Kreuziger switches to Astana at the end of the season while Nibali stays on with Liquigas. The young shark may well receive the permanent captaincy role with the Italian squadra.
Beware this Shark! 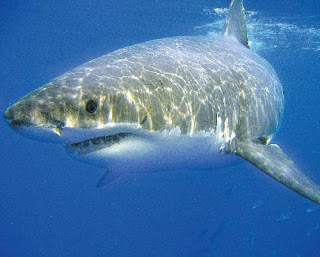