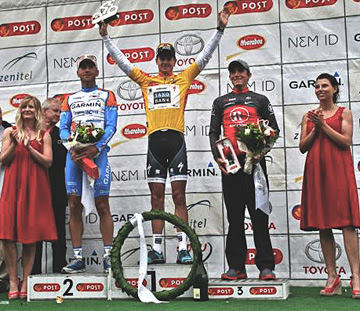 It wasn't cut n' dry. Aussie Richie Porte was off only 37 hundredths of a second. I'm not certain but this maybe the closest in time trailing history. Dane Jakob Fuslang finished third, 4 secs back thus taking over the leader's jersey.

'Tough' as his name describes his time trialing ability and his monster like way of dominating a short course moved the Canadian to second overall.

Today's stage 6 was the finale won by Kiwi Hayden Roulston. Jakob Fuslang won his third consecutive Tour of Denmark while Svein Tuft scored a fine second only 27 seconds behind! 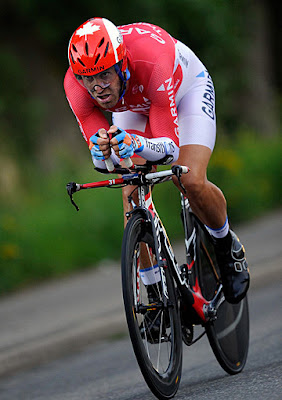 Kicking it like a red n' white locomotive...
Svein Tuft powering his way to winning
the ITT and his first European victory!
www.slipstreamsports.com
Svein Tuft