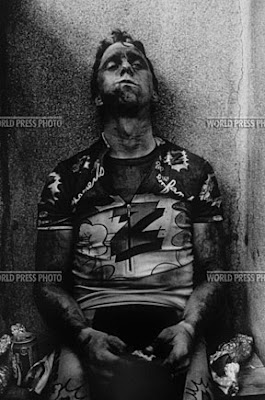 LeMond after a good bashing in
The Hell of the North.

Greg LeMond was well known for his triple in the Tour & double in the World Road Race Championships. He was also cleverly adept over les pavé in Paris-Roubaix; fourth in 1985 & ninth in 1992. LeMond was keen on all three, he told L'Equipe, "there are three great races in the season: Paris-Roubaix, Tour de France and World Championships. Win one of these and your career takes off."

One rider synonymous with the Classics is Sean Kelly. One 'monumental' word is dominance. In fact, most probably, we will never see again. He's conquered many. Two wins in Milan San Remo, Tour of Lombardy, three times in '83, '89 and '91, Liege-Bastogne-Liege: '84 & '89, Gent-Wevelgem: '88. A mud splatter Kelly winning Roubaix twice in '84 & '86 is etched in my mind defining him as 'the' classic star. When it rains, it pours and that is Paris-Roubaix or affectionately known as 'The Hell of the North.'

Kelly said, "Paris Roubaix without rain or snow is not a true Paris Roubaix." And, from King Kelly ... a classic description to this legendary race! 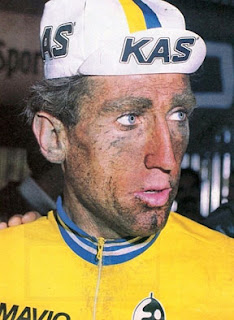