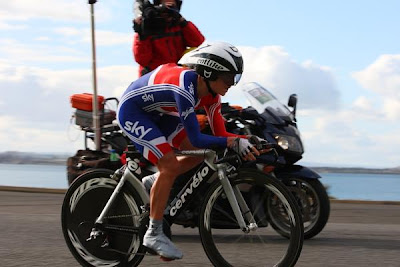 Crushing it!
Pooley is having an amazing 2010 season. She becomes the third Briton to win a World title. The other two are Chris Boardman 1994 World TT & Tom Simpson 1965 World Road Race. 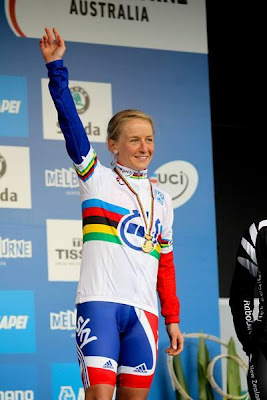 She ripped through the 22.9km course in 32'48.44 and was the only rider to go under 33'. A well deserved victory as she beat out Germany's Judith Arndt in second & New Zealand's Linda Melanie Villumsen for third.

Special consideration has to go to superwoman, Jeannie Longo-Ciprelli who at 51 (next month she turns 52) beat out many to take a very respectful fifth place.

No race radios were allowed, meaning no intermediate time checks, so it was full pedal to the metal! 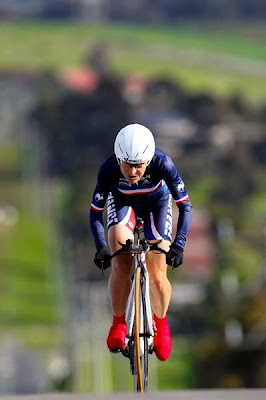 In this post you note that Chris Boardman and Tommy Simpson are the only other two brits to have won the world championship. Obviously this excludes British WC wins on the track (There's a few of those!), Cyclo Cross - Roger Hammond Junior WC in 1992, Women - Beryl Burton in 1960 and 1967 and Amateur Men - Graham Webb in 1967 doesn't it?
October 11, 2010 at 5:12 AM