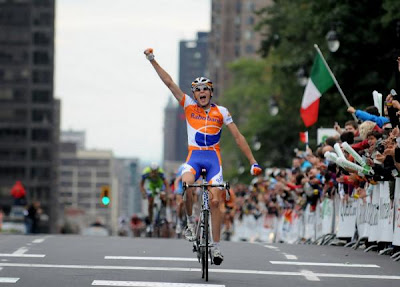 Flying Dutchman, Gesink!
I placed a big star, on my wall map, specifically on Québec City & Montréal. Just a reminder to travel there to be part of the UCI ProTour spectacle that will be around for at least five years. Both races oozed successful and thrilling finishes packing the race course with cycling crazed fans. Québec knows how to party. 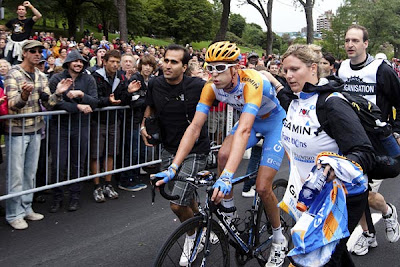 Perhaps not as technical as the beautiful but punishing Québec City course (running through the old city) but still as challenging. Before, Montréal was the pearl in the North American cycling oyster. Historically it shone brightly with much of the same course used for the 1976 Olympics where Swede Bernt Johannsen won gold, the 1974 world championship won by Eddy Merckx and 1988 World Cup event won by Steve Bauer.

Now, racing is back with a vengeance. The course is 193.6 km long included 16 laps up the famous Mont Royal. The day started quickly, led by small group of five; Alfredo Balloni, Kevin Seeldraeyers, Angel Madrazo, Maarten Tjllingii & Gorka Izagirre. A spectacular fall, on the second lap, ended Balloni's day. Just seeing him suddenly veer off the road and into the thick underbush made me wince.

Drama began on the fourteenth lap, up the Voie Camilien Houde to the top of Mont Royal as Ryder Hesjedal attacked. But it wasn't enough to shed Gesink, Boasson-Hagen, Maxime Monfort and a group of climbers looking like they were dangling on a string.

On the last lap, on the Voie Camilien Houde Levi Leipheimer attacked but then Dutchman Gesink surged past him with mouth open in time trial mode. To put it in perspective, he raced that final 12km lap in 16:46 average speed of 43.230 kph/26.24 mph. The flying Dutchman held on to win his first one day ProTour race by four seconds from a fast charging Peter Sagan (2nd) & the brilliant Hesjedal (3rd).

Steve Bauer who was DS for the Canadian Team was also a key organizer for both races said, "I think it was a classic championship event. These events were a great boost for our sport here in Canada. It's a great opportunity to make progress in the  professional cycling world, giving Canadians a chance to see how it is, and showing the rest of the world what a great country Canada is, and what a great sport it can be worldwide." 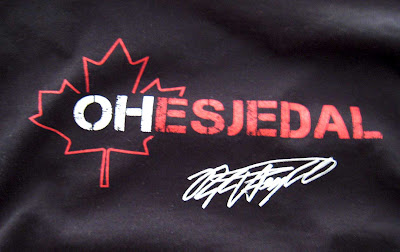