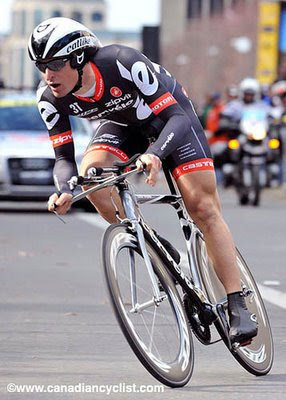 Allez Rollin!
Newest recruit to Marc Madiot's Francaise des Jeux team is Dominique Rollin. It's an excellent move for the classic specialist. Even Steve Bauer offered him a position on Spidertech, which he declined. The Quebecois wanted to be part of a European based team and he now signs for a squad that is classic-ally oriented.
It should be a good fit as FDJ DS, Marc Madiot has plenty of experience to past on to the 'horse from the north' on the subtleties of winning on the pavé. Madiot won Paris-Roubiax twice in 1985 & 1991. Rollin has the natural talent as a tough classic rider. He finished 33rd in this years Paris-Roubaix. Then second overall in the Tour du Poitou Charentes this past August and a good sixth at the Commonweath Games in Delhi.
He'll learn valuable cobble lessons from veteran Fédéric Guesdon, the 1997 Paris-Roubaix champ. Pierrick Fédrigo will arrive from Bbox Bouygues Telecom and he will be a lethal threat in one day races.
With Cervelo, the Quebecois primary role was to work for Thor Hushovd and Heinrich Haussler. With FDJ, he will be able to express his spring ambitions namely; Tour of Flanders & Paris-Roubaix. There's no telling how far Dominique Rollin will go .... but a big classic win is on the horizon! 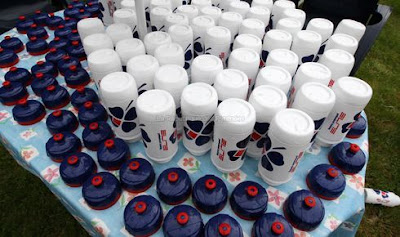