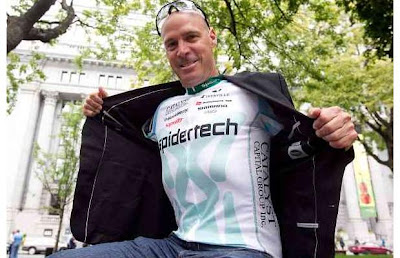 Steve Bauer's Canadian cycling team, SpiderTech-Planet Energy is poised to move as the only Canadian based UCI Continental team to the Continental Professional level next season and eventually ProTour status.


The young team has had good results. Guillaume Boivin is one to watch. At the U23 World Road Race he rode impressively splitting the bronze with Taylor Phinney. The 21 year old sprinter was ‘there’ again with a strong second place in the Sparkassen Giro Bochum, August in Germany. Niki Terpstra won the race but the Canadian beat third place sprint king, Andre Greipel.


Canada is a small cycling nation, yet with these results and with more to come, it can only get better. However, sponsorship = money which Bauer is working hard for. Moving his team up to Continental Pro and eventually the ProTour level requires serious cash. The Spider Tech team is operating in around the $3.5 million range. ProTour team Radio Shack spends about $15 million.