Shot(s) of the Sheriff 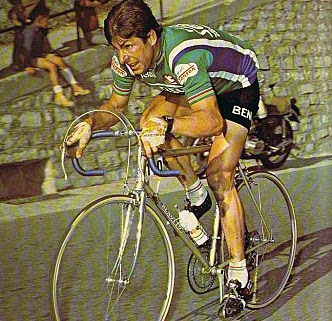 Tearing it up in 1977.
Made for les pavé!
Francesco Moser won over 290 races in his career. His favorite race was Paris-Roubaix, winning three of them in 1978, 1979, & 1980. In 1976 edition, he came very close behind the winner Marc Demeyer in second. Amazingly, Moser finished on the Paris-Roubaix podium... seven times! 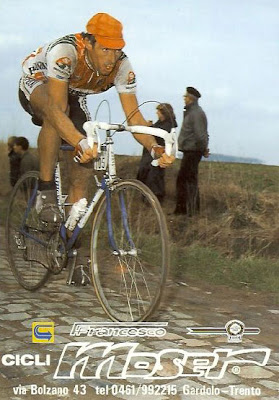 1986 Paris-Roubaix would be his last battle
over the pavé. Moser finished an heroic 8th!
Francesco Moser Paris-Roubaix The Classics The Monuments

Jim said…
Hi Richard. I just noticed, but I think the rider on your wallpaper looks an awfully lot like you!
November 19, 2010 at 4:23 PM