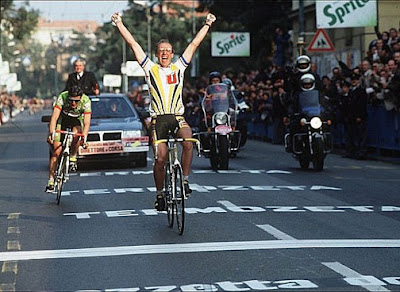 When Renault left cycling sponsorship, in 1985, a sports icon was gone. 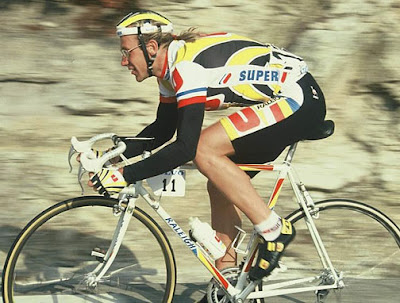 Together with the Système U supermarket company, Laurent Fignon & Cyrille Guimard created a new team from 1986-1989.

From Laurent Fignon's book, 'We Were Young & Carefree', he was architect of the new kit design...

"I personally worked on the design of the jersey using the same colours as the Renault kit, with the logo resembling a wheatsheaf pointing upwards. My idea was to make the rider look a bit more slender and maybe more muscular. It worked: the logo was clearly visible with the famous 'U' in red. Looking down from a television helicopter, it was all you could see."

1989 Milano Sanremo...
The Professeur pulls off the double in style! 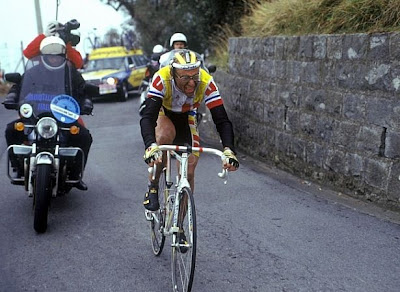 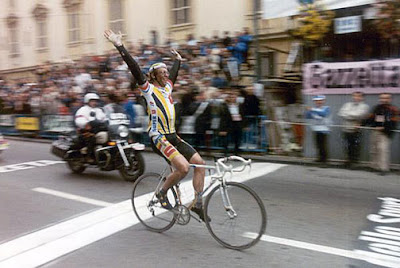 Patrick Mahoney said…
What I thought made the book so great is the style of the French/English translation, not stiff as can be typical. Very good read.
December 7, 2010 at 11:04 AM

Richard said…
Very revealing insight, I could only imagine that more books would come from him if he hadn't left us!
December 7, 2010 at 11:37 AM