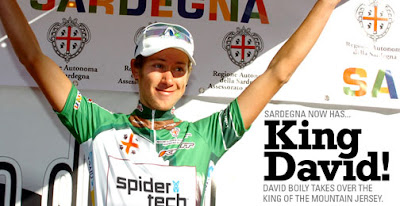 Boily, only 20 years old, picked up enough points to challenge and come up with the goods to win SpiderTech's first international jersey. He was certainly helped by teammates, Svein Tuft and Pat McCarty.