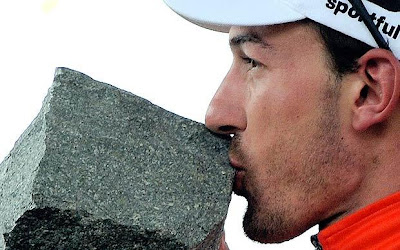 Fabian Cancellara has plenty of horsepower left after systematically dominating and winning the E3 Prijs. In fact, he seems to have just started. So convincing his victory, Flanders is next on his hit list. 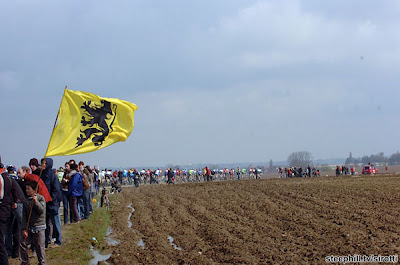 To add salt to the wounds of his weary competition, his Leopard Trek team is not riding tomorrow's 3 Days of De Panne. They're just resting, lying in wait and will be back for the Ronde Van Vlaanderen. They're starting to sound like real leopards.

He'll have the same loyal teammates from the E3 victory and that's disconcerting for the rest of the competition. Those same guys, headed by Stuart O'Grady, just know how set up their main man for success.

Garmin's glum boss, Jonathan Vaughters, was candid saying that they have the strongest team but not the strongest rider. They'll be many riders out there, but will they be good enough to give Cancellara a scare?

It's Mano-a-Men and the list of bewildered but determined fighters are lining up: Hushovd, Farrar, Gilbert, Hincapie, Boonen, Flecha...

It will be difficult to beat him but that's where it's all so interesting. Better this way or what Vaughters jokingly said, "With Fabian like that, I don't know, I'll have to hire a sniper!"

I don't believe it's going to go that far... right?
The Classics The Monuments Tour of Flanders