A Lack of Love? 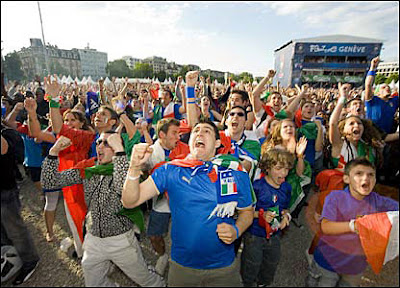 The Tifosi is still looking for that cobbled win!

Could Francesco Moser be right when he commented on the plight of Italian riders in the cobbled Classics? He won Paris-Roubaix three times (1978-80).

Notably, the Italians haven't scored a major classic race since Damiano Cunego won the 2008 Tour of Lombardy. Hard to believe. In fact, Paris-Roubaix favorite Filippo Pozzato crashed and abandoned. Remember his memorable second in 2009? The top Italian was Allesandro Ballan finishing in a gallant sixth. Perhaps a podium placing or better yet a victory would only soothe the Tifosi and media.

The woeful Italian drought continues and you can only look back to the nineties for the last grand pavé-Roubaix victors: the late Franco Ballerini won twice (1995, '98) and Andrea Tafi (1999).

Moser said, "We've got good stage racers, sponsors are more interested in the attention they get from 3 week races rather than the big Classics." For Daniel Oss of Liquigas (who finished PR in 77th), Moser has this to say, "He's got to be given the time to develop but he's got to love the pavé too. That's the key for the Italians if they want to succeed."