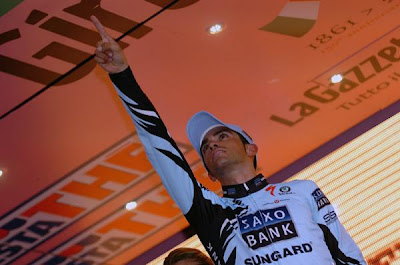 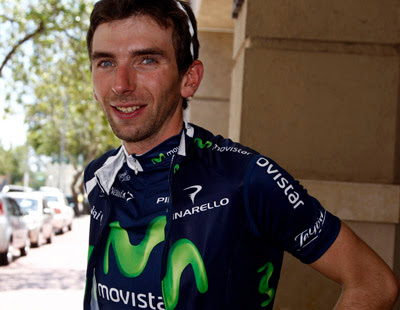 ...for Xavier!
ciclonet.it
Contador looked on fire as he powered his way up to win the Nevegal mountain time trial. It was symbolic in another way, a big way as he looks unmovable in the Maglia Rosa. One of my favorites, climber Jose Rujano put in a solid ride and held it for only 10 minutes. Michele Scarponi came in 1 second faster to claim third.

Tried as he might, Nibali rode like a shark out of hell with the urging by the tifosi could manage a hard fought second place.

A dominating ride for Contador, and a special ride honoring his friend Xavier Tondo! 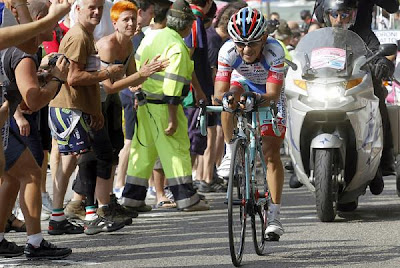