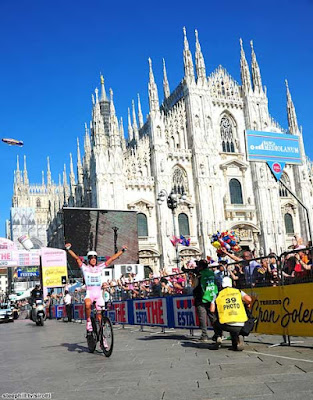 Third in the TT,
a win overall!
Everyone will have to take, pardon the pun, a chill 'pill' and wait for the CAS (Court of Arbitration) decision on Alberto Contador... whenever that is decided. 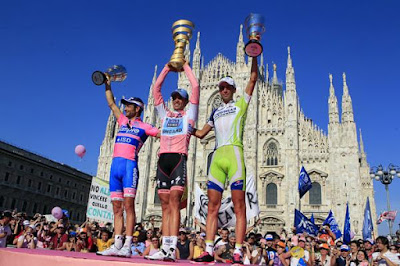 Final podium
(photo: Bettini)
Originally set for early June, this delay to determine his positive test outcome looks pushed back for July. So, as we stand, Contador can possibly ride the Tour. If he is found guilty (wasn't he? read here), he will be stripped of his 2010 Tour and 2011 Giro titles which will add uglier ramifications.

Meanwhile, he wins his sixth grand tour, quite a feat, at only 28 years old. For better or for worse, he won in dominant fashion stretching his lead starting with the Stage nine win on Mount Etna. That's when it started to unfurl for the rest of his competition reduced to struggle behind him in the mountain stages. So bewildered was Michele Scarponi and Vincenzo Nibali that the fight was for second.

The French have made a come back to the Giro with extremely fine performances by John Gradet placing fourth overall and his teammate Hubert Dupont (12th). Laurent Jalabert finished fourth (1999), Charly Mottet was second (1990) & Laurent Fignon won it in 1989. I hope it's better grand tour results to come for the French riders. Long overdue. 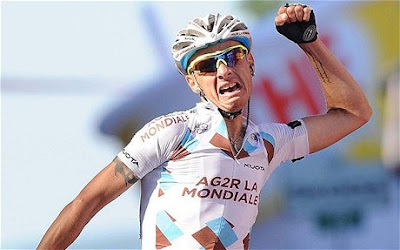 The French are back...
Gradet impresses winning his first grand tour stage,
Stage 11 Tortoreto Lido to Castelfidardo
(photo: EPA)
The shortened time trial stage in Milan was won by specialist David Millar. A fine win as Millar's goal was to win a stage. 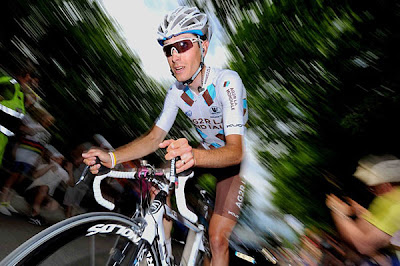 Hubert Dupont 21st on Stage 15.
Now, as we wait and wait and wait for the fateful decision I'm left to wonder if Contador's dominant Giro win will be stricken from the record books. 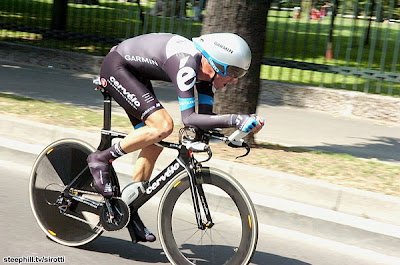 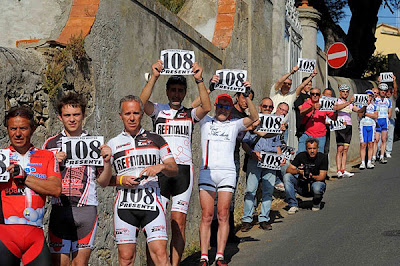