A Star for Movistar 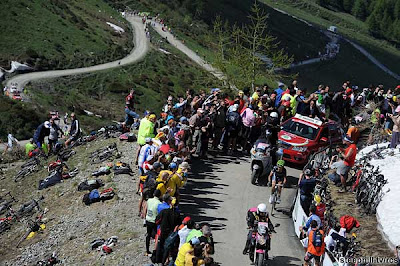 Kiryienka solo on the Finestre...

The huge climbs up the Finestre & Sestriere was no match for Vasili Kiryienka.

A classy and heroic ride was on the cards for the Belarusian as he soloed over the two climbs. The scenery stunning as huge crowds greeted all the riders. With over six hours of riding Kiryienka pointed to his jersey and raised his eyes and hands to honor Xavier Tondo as he crossed the finish line. 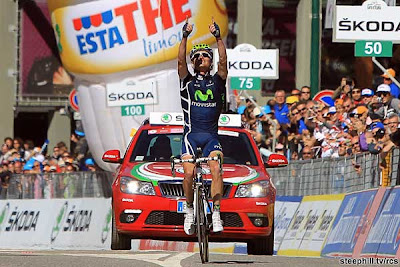 "This was the best way to remember a teammate that was with us only for this season, but yet seemed to have been here for so much time. We decided that the best form to pay him tribute was staying into the Giro, and I think we made a good choice because winning in such a hard mountain stage and from such a long break, it was a kind of winning that he liked so much."   Vasili Kiryienka


What an epic day it was! 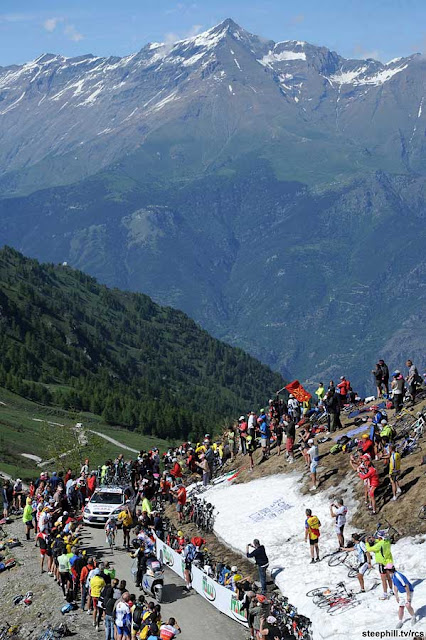