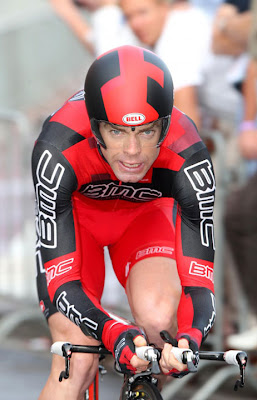 
The 98th Tour de France is fast approaching, and this most exciting epic race starts this Saturday.

This show is full of many possible winners and near winners ...

Alberto Contador. What can you say? Whenever the Tour is on the line he seems the one the others want to beat. He's back to do what Marco Pantani did in 1998, the Tour/Giro double. He'll stay out of trouble in the first week and then turn on when the second week starts with the mountains. His weakness if any, is that he has a week team to support him to Paris and how much fuel does he have in his tank since winning the Giro? Whether he does win or not, CAS has the final say in August. 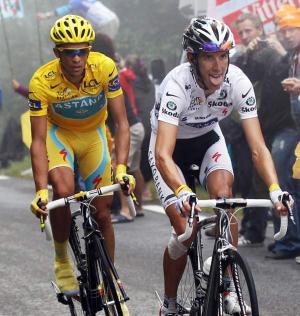 
Andy Schleck is ever closer to the big win. The last two years of being the frustrated 'second' he just needs the right cards on his side plus Lady Luck and he could top the podium. The dropped chain on Stage 15 last year was his ending and if his brother Frank can remain healthy then sibling power will do plenty of harm.

Cadel Evans is a shoo in favorite to disrupt the upcoming Contador/Schleck feud. This may be his last great chance at winning Le Grand Boucle and he's already having a very good season (winner: Tirreno-Adriatico, TdRomandie, 2nd Criterium du Dauphine)... I'm practicing my Yell for Cadel!

Bradley Wiggins: With his fantastic win in the Criterium du Dauphine makes him a dangerous favorite. Can he hold onto his good season Sky high form? By all accounts he can podium.

Sammy Sanchez: Fourth last year after crashing in the Pyrenees. He's a pure climber and will be up there for a podium finish.

Robert Gesink: Sixth last year. He's back for the Orangemen and has improved on his time trailing. Definitely a top five contender. 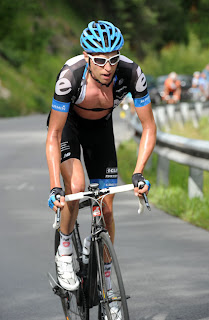 
Ryder Hesjedal: aka Weight of the Nation, seventh last year. Co-leading the Garmin-Cervelo squad with Christian Vande Velde. Hesjedal looked amazing staying with Contador and Schleck up to last year's Tourmalet stage. I think he can finally win a stage to cement his talent. Your author predicts a top five finish for Ryder!


Galstudio is happy to contribute two cycling caps as part of the prize list in Tour de France Competition tdf133 from  tourdecouch.blogspot.com  Click here and here for more details. I encourage all to participate in the fun because it's the Tour and there's great swag to be won on Rachel's cool cycling TdF contest.