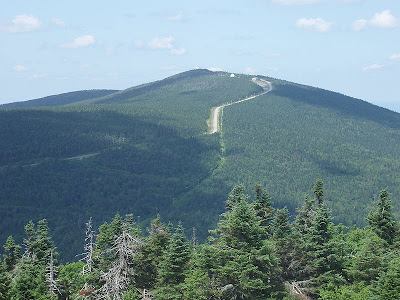 The queen stage of the Tour de Beauce is stage 3 (Thursday) that starts in Saint Georges and finishes atop Mont Megantic.

Mont Megantic is the highest point (1102m) in the province of Québec and promises to be a key stage along with stage 4 TT the following day. 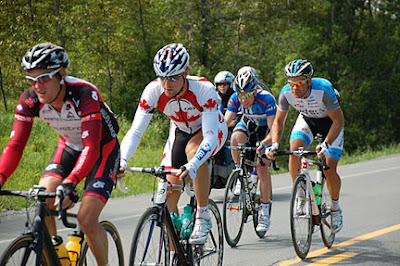 Here's two videos; with Dom Rollin (Team Canada, 17th overall) & Francois Parisien (Spidertech, 3rd overall). 2008 winner, Svein Tuft is in 11th overall and I believe will be a threat for stage victory in Friday's 20km TT. Pat McCarty (Spidertech, 2011 KOMs TdCalifornia) will be a heavy favorite on the Megantic climb.

Dom Rollin...
Good to see him back after injury.