Heroes of the Tour 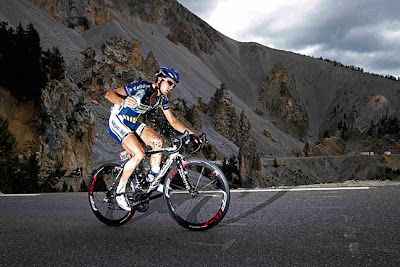 Here's my short list of the heroes of this great 2011 Tour de France...

Laurens Ten Dam: What a nasty face plant on the descent of the Col d'Agnes! His fall put his Tour in jeopardy and looked like becoming another crash victim destined to abandon. He got back up finished the stage went to hospital and the next morning with grotesque wounds wasn't going to stop him from continuing the race. On a  memorable ride up Alpe d'Huez, the Dutch climber saluted the Dutch crowds. His new goal was to finish, pure and simple... he rode to Paris finishing 58th overall!


Johnny Hoogerland: Getting the tar beat out of him when Hoogerland was sent flying into a barbed-wire fence on stage 9, after a French television car hit Juan Antonio Flecha. Miraculously, he finished the stage and kept the Polka Dot Jersey. He was in tears, on the podium, accepting the KOMs jersey... a poignant reminder of his courage. The next morning, he appeared at the starting line with 33 stitches and looked part mummy with gauze covering both legs. His new goal was to survive and he soldiered on to finish the race in 74th overall.

Thor Hushovd: The God of Thunder's descending skills were unmatched, clocked at 118 km/h his 80 kg body dropping like a huge stone, he was able to make up time and caught teammate Ryder Hesjedal with nine kilometres left. The world champion won the final sprint from Boasson Hagen & Hesjedal to capture his second stage victory. 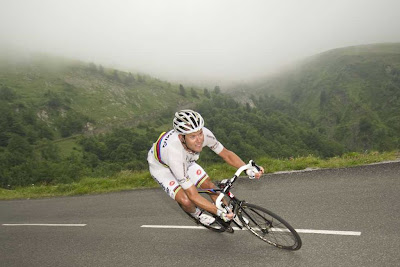 Thor tearing down towards Gap.
Thomas Voeckler: The talented and gritty Frenchman was stupendous. On stage 9, he was almost involved in the ugly accident with Johnny Hoogerland & Juan Antonio Flecha, crossed the line in second and won the yellow jersey. He kept it teasingly away from the GC contenders until the end of stage 19. His fourth place finish on GC proudly gave the French fans plenty to look forward to! 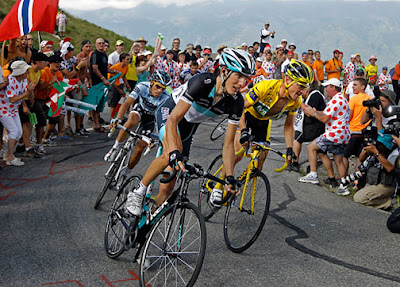 And, lastly to the Heroine...
La Belle France: She is the star. The French countryside provides the picturesque setting for the world's biggest stage race. This year it was in Pinerolo, Italy for two stages and celebrating the 100th anniversary in the Alps with two stages on the Col du Galibier. I believe it was one of the most exciting editions ever! 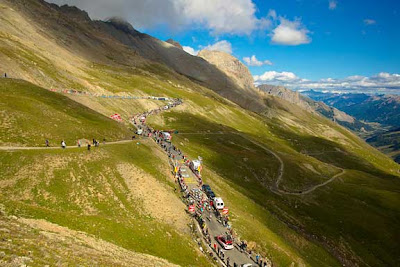 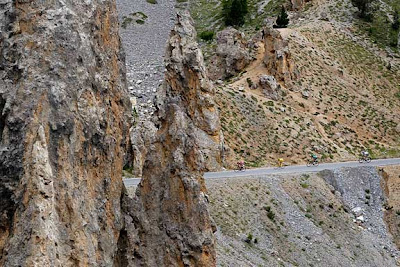 The moonscape of the Izoard Pass.
(Christophe Ena) 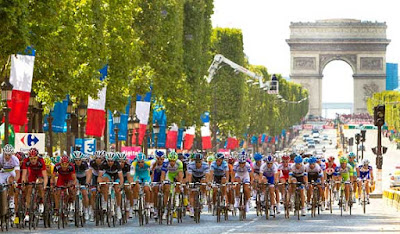 rob ijbema said…
i agree with all your choices
might i add evans?
i know he is not very popular (same here) but he did chase down the leaders on the two final alps days and never gave up...btw it was van dams wife that it was only a bloody nose and he had to keep going!
July 30, 2011 at 12:13 AM