Exciting it was as Thomas Voecklers' tight hold on the yellow jersey ended thus releasing Pierre Rolland from domestique duties. Midway through the stage, the young French climber bounded up the crazy 21 hairpins to a surprise victory over Sanchez & Contador. 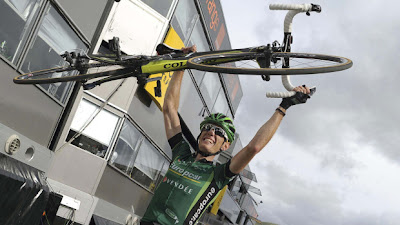 As expected the yellow jersey would change hands today. Andy Schleck took over the yellow jersey. Europcar continued their success big time with Rolland winning alone in splendor. An interesting side note; Rolland was born in 1986, the same year Bernard Hinault as the last Frenchman to win on top of Alpe-d'Huez. And, for French cycling Rolland becomes the first Frenchman to win a stage in this Tour and he wears the white jersey of new young rider. His star is shining very bright.

Now, the attention turns to the final duel between Andy Schleck & Cadel Evans. A classic way to decide this classy Tour, the most exciting in years, for bragging rights. Go Cadel! 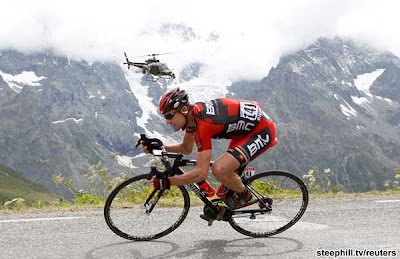 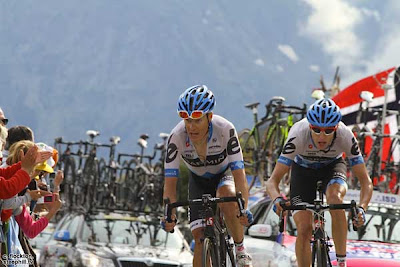 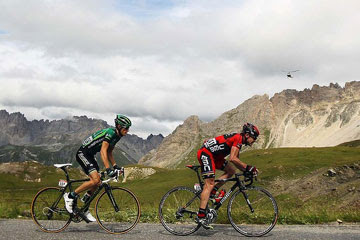 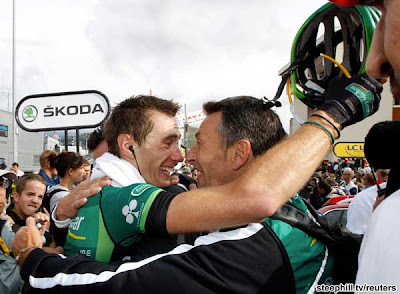