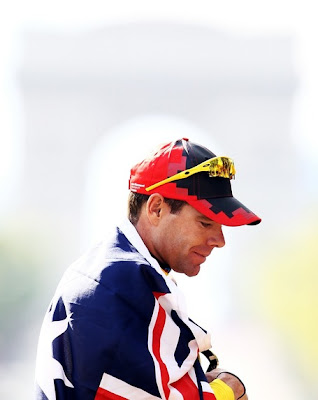 He becomes the fourth Anglophone rider (first Australian) to win the Tour de France and joins a select group: Stephen Roche, Greg LeMond & Lance Armstrong. And he did so with a combination of a strong team, careful preparation, mental strength, maturity & luck. 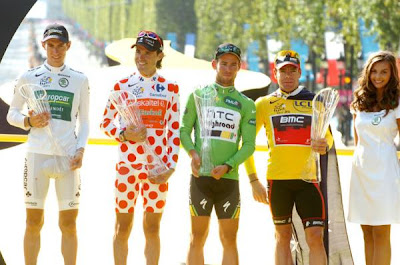 While other contenders faltered, Cadel Evans rode with aplomb. Maintaining enough sanity between the crashes and attacks to go all the way. He was fortunate not to crash. His red BMC army worked solely for him. And, throw in huge amounts of tenacity, too. In 2009, his career took off big time, becoming the first Australian to win the men's world road race championships in Mendrisio, Switzerland. His switched to the American team, BMC, in 2010, the perfect team envrionment for him.

Fast forward today, Evans' win is symbolic of his careful preparation that he says is from 20 years of hard work. Compatriot and former world champion, Michael Rogers said in the past Evans might not have known how to react when Andy Schleck opened a four-minute lead on the 2nd stage in the Alps. Evans never panic and worked hard and clawed his way back, cutting the deficit  to 2:15 by the end of the day. 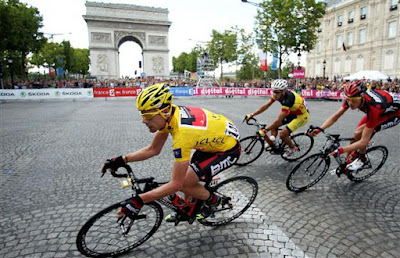 Rogers said, "He has a very good team behind him and I think that gave him the mental strength to not panic."

Next year, Cadel Evans will be 35 years old... definitely not too old for another Tour victory!