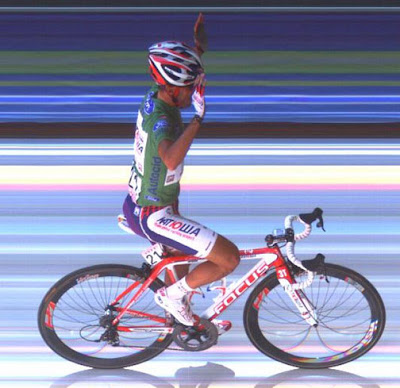 Successful launch!
It was a spectacular Katusha 1,2 rocket blast as Joaquim Rodriguez got the better of Sammy Sanchez to win stage 2 in the city of Burgos.

His teammate, Daniel Moreno finished second and yesterdays winner, Sanchez was third. This mini Spanish battle is on. And, the standings are now reverse as Purito is in the leaders' purple jersey over Samu by only 7 seconds. David Lopez (Movistar) is in third, 17 seconds back.

The powerful Katusha squad pushed the pace in the last 10 kms and on the final climb Rodriquez and Moreno escaped for the 1, 2 finish. My reference of rocket is from Katusha meaning a Soviet rocket launcher of World War ll. 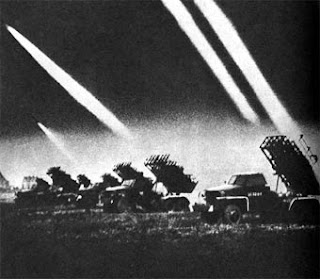