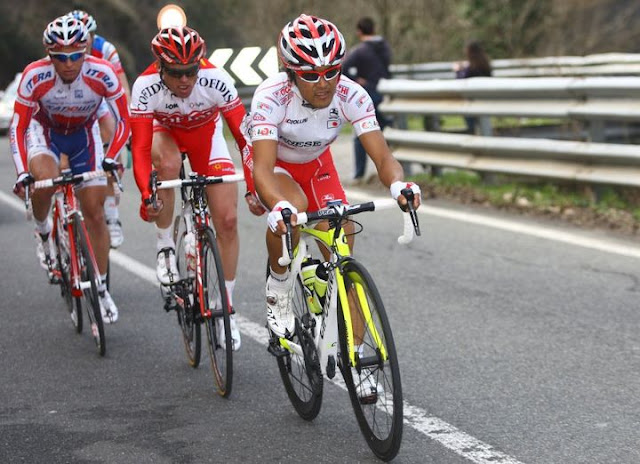 Haven't heard of him?

Miyazawa is just a handful of talented Japanese riders in the pro peloton. He's 33 years old and rode this year for Pro Conti team, Farnese Vini-Neri Sottoli. This season has proved fruitful, he won the Izegem Koerse and finished fifth in Paris-Brussels.

But before he joins his first World Tour team, this Sunday he lines up to ride the Japan Cup where he can do some damage. Known as a puncheur, Miyazawa is perfect for the short steep climbs. The Japanese fans will go ballistic if he does win it. Remember his attacking style at Milan-San Remo this year?

I'll give credit to Bjarne Riis for signing the veteran and giving him the chance to become part of a World Tour team.