The Gypsy at the Giro d'Italia 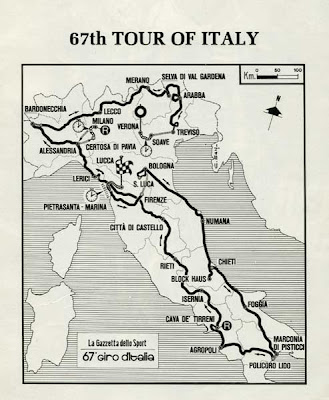 Roger DeVlaeminck was one of the most talented classic riders in history. Skilled in cyclocross, he expertly maneuvered over the cobbles of Paris-Roubaix to win it a record four times. Hence his nickname,   Monsieur Paris-Roubaix. He is one of only three riders to have won the five Monuments of Cycling. He shares this amazing record with two fellow Belgians Eddy Merckx and Rik Van Looy.

One of my favorite blogs, Jasons' Velorunner, posted fantastic images from the book, Roger De Vlaeminck by Kennedy Brothers Publishing, UK. It reminded me of my collection (1983-1989) of Tour books by the same publisher that I want to share.

Below are the only two images from the book, Tour 1984 (The Stories of the Tour of Italy & Tour de France) of The Gypsy. He was well known as a champion classics rider but he didn't do to bad in the Giro winning an astounding 22 stages (between 1972 & 1979) and 3 points classification titles. This was his last dig at the Giro supporting Francesco Moser before abandoning. 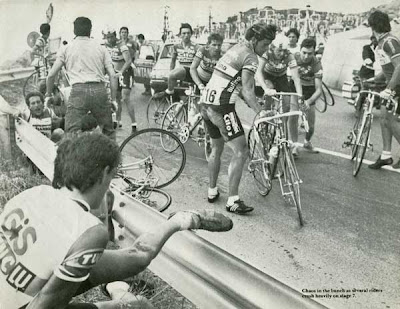 The Gypsy over the guard rail... 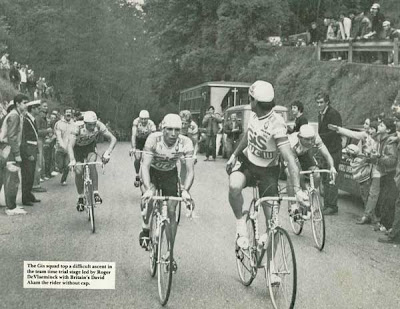 ...De Vlaeminck (in front) waiting for Moser (far left) in the TTT.