David Veilleux: Nothing is Impossible. 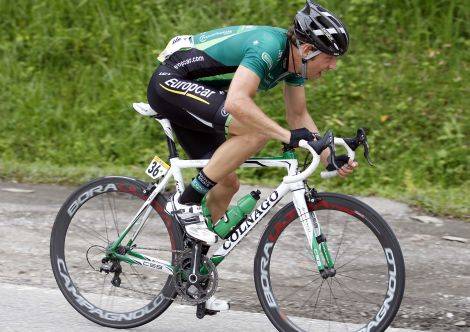 Canada's David Veilleux is a rider to watch this classic season. Since signing for Jean-René Bernaudeau's Pro Continental team, Europcar in 2011 he won his first race in April, La Roue Tourangelle. He then rode his first big classic Paris-Roubaix finishing an impressive 25th. Then a fine 19th (top Canadian) in the World Road Championships in Denmark.

This is an important part of the season for the classic specialist, he'll be in tomorrow's Belgian classic, Le Samyn. Last year he finished this race in 28th and he certainly will be ready to better that placing.

The young talented rider is steadily improving. He said, "Nothing is impossible. I come from a place where you can't ride a bike for five months at a time and cycling is not a very popular sport. Even so, I had a dream of racing in Europe, and I was willing to put in the effort to achieve it. So I think that whatever your dream is, you just have to put in the effort and persevere and you will achieve it." 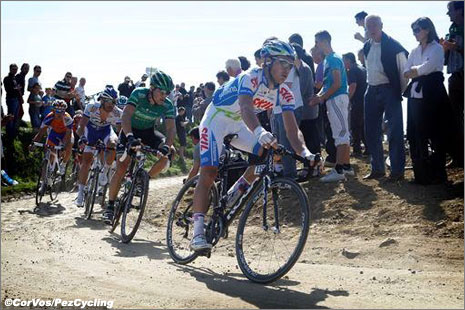 Riding hard over the pave...
Veilleux in second, 2011 Paris-Roubaix.
David Veilleux The Classics